“Without Equal”: Putin Tears Victory From the Hands of Washington in PR War 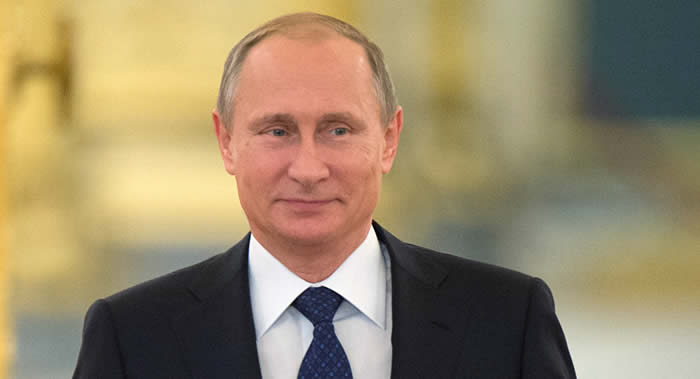 Charismatic Russian leader Vladimir Putin is mastering the world of media and public relations and “is without equal,” an article in Observer read. According to the article, while US President Barack Obama is saber-rattling, Russia is sending in tanks and warplanes.

Whether in 2013, when Moscow successfully pressured the US not to launch an offensive against Syrian leader Bashar al-Assad, or in 2014, when Crimea reunited with Russia without any serious interference from the West, it is clear that in the world of media and PR Russian President Vladimir Putin “is without equal,” Ronn Torossian, director of 5WPR PR agency, wrote in his article for Observer.

According to him, the US now is not prepared to face-off against the former Soviet Union.

“This Machiavellian genius is playing chess while America plays checkers,” he wrote.

Recently, the US has been targeting RT, a Russian state-funded television network. David Kramer, a member of Senator John McCain’s Institute for International Leadership, wrote an anti-Russian tirade entitled “The West should take on the Putin P.R. machine” in the Washington Post this week.

He advocated freezing RT’s assets, having overlooked the fact that the network is not Russian state property.

“Mr. Kramer seeks to silence a critic by using prejudice and ignorance. He didn’t bother checking his sights before he started shooting off his mouth. Facts matter in a war of words – particularly against a brilliant Russian opponent,” the article read.

In her response to Kramer, Margarita Simonyan, editor-in-chief of RT, wrote: “Given that RT’s property is not Russian state property, this (seizure) would be highly illegal… But why bother with facts or legality? When silencing RT and punishing Russia are at stake, anything goes.”

“Ironically, calls to restrict RT often come from the same quarters that exalt the virtues of diversity and democracy. Now, they wish to silence a rare voice that dissents from their favored delineation,” she continued.

Simonyan also explained that RT does not own any assets in the US.

“We predicted such a scenario and planned accordingly in advance,” she stated in an interview with newspaper Izvestia.

“The simple, incontrovertible truth is that Mr. Putin has masterfully utilized the world’s media in his rise to become Forbes’ most powerful man in the world three years in a row,” Torossian wrote. “President Obama rattles his saber; but Russia sends in tanks and warplanes.”

“The American Emperor has no clothes, while Mr. Putin gallops about shirtless,” he added.